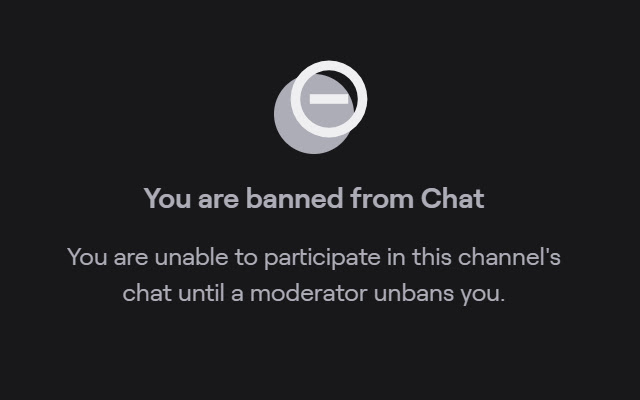 Automatically opens a proxy chat if you are banned in a channel.

This is a very simple extenstion that opens a proxy chat in channels where you have been banned.

**To add to this, it also stops working after a while when alt tabbing to another applications.

Sometimes it doesn't work especially when there are two streams open, please fix this and I will give 5 stars.

Ummm, it works, if you could update so the chat moves smoother, it almost hurts your eyes. If it could move like normal chat this would be INSANE!

There really is an extension for everything out there

it works, but the chat doesnt seem to be like normal chat. bttv pause on hover doesn't work for ecample, and theres a slightly different look to it. I think going incognito for chat is still best. Perhaps the developer use the pop out twitch chat and embed it somehow, so its more seamless.

works sometimes and not

Does not work unfortunately.

works really well also in other chrome based browsers

Chat is a blank grey box.