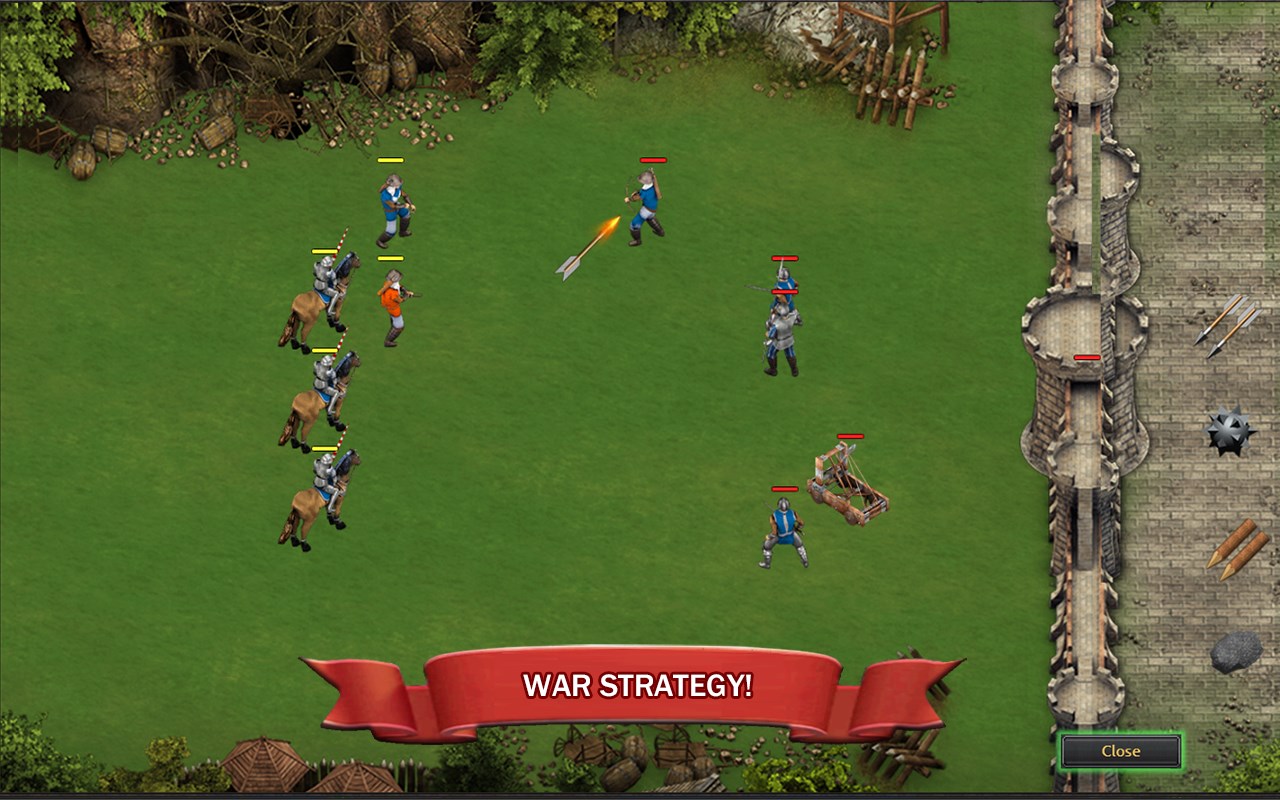 Build a medieval castle and plunge into war!

Lords of Kingdoms is a multiplayer war strategy game. On a land full of wars and dark chaos, you inherited a historic small castle. As a king, you need to build and upgrade a variety of buildings to forge your stronghold, and gradually build up a powerful army to defend your castles, or plunder resources from other lords to speed up the development. This online imperia game is very special, it implements fresh and interesting rules, well-designed game mechanics allow you to enjoy the fun of a real war game. Make your castles rise, become the world conqueror, claim your total domination in the age of lords and knights.

Friendly tutorial helps you master the game in minutes and rise.
Build and manage your castle, expand your realm or create new towns as you grow.
Four battle modes: wild land, castle war, expedition and kings of discord.
Rich bonuses and rewards help new players grow fast, they are useful to forge an empire.
Plunder resources from other lords & castles or exile them to remote realms.
Hunt monsters in exiled kingdoms to find the lost throne.
Play matches or clashes in arena realms to achieve honors and reveal your military power.
Collect crystals to craft artifacts for heroes which improve their might and magics greatly.
Battles videos can be watched in real time, or replay them later.
Form an alliance base to protect your empires, up to three kingdoms.
A lot of legend items to win: Dragon Shield, Giant Gloves, Elvenar Helmet, Sword of Masters, Luck Cards, Trivia Shield, Star of Warriors, Ring of Camelot and Grepolis Totum etc.
The clan event logs help organizing attacks easier.
Players in the same league can launch rally attacks, this helps weak players to challenge powerful enemies.
The world conquest event for a game world starts in 50 days. Win the clash event to claim your empire online!
Earn million coins by taking part in our events.
Good management can make your small towns rush into an empire!
You can enable/disable castle defenses so you won’t lose all soldiers overnight.