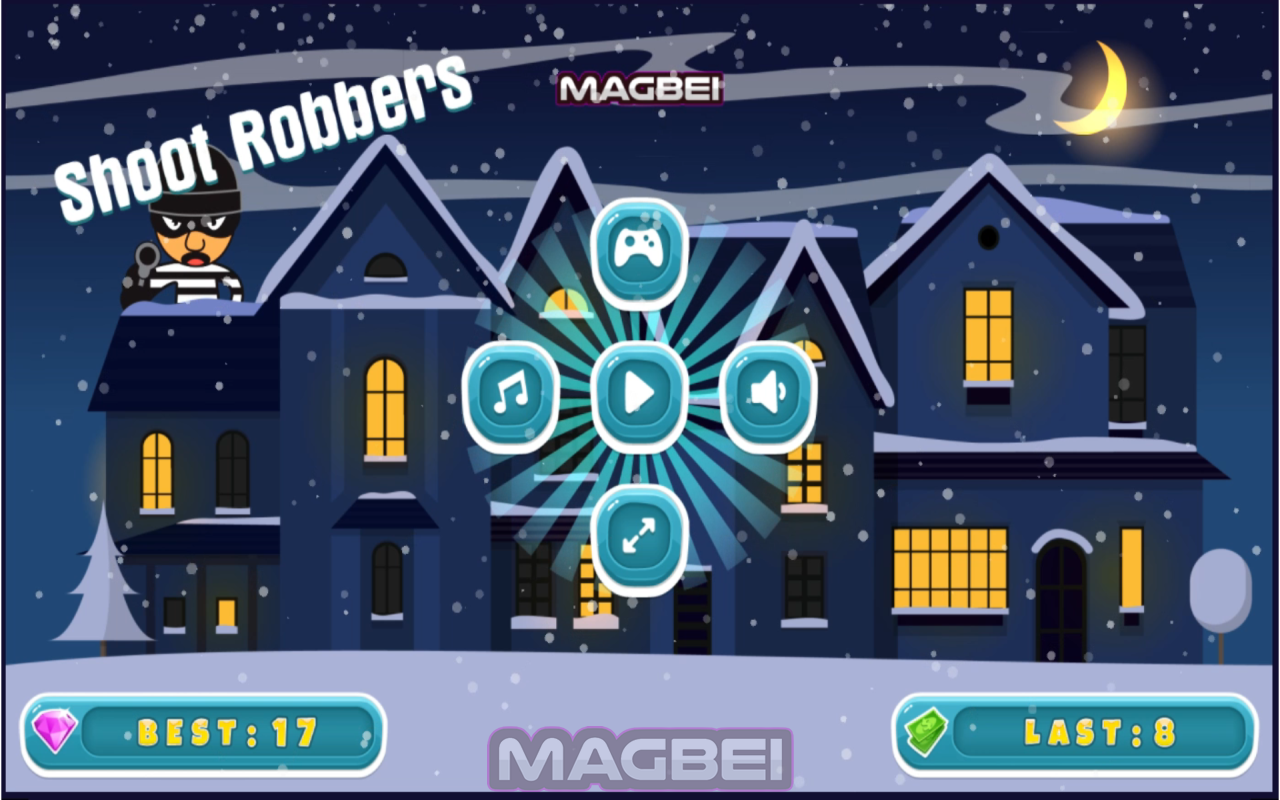 Shoot Robbers – shooter game. Shoot the robbers before they hit you. Reload the gun! Enjoy the right place to play shooting games!

Shoot Robbers Game Plot
Unscrupulous robbers broke into an apartment building at night to rob all the apartments. They are criminals willing to do anything to steal money and jewelry from the people living on the property.
Your task is to shoot all the thieves you see in the windows and on the roofs of the building before they shoot you mercilessly.
Will you be able to finish your job in this action game full of suspense and tension?

HOW TO PLAY?
Playing Shoot Robbers is very simple. Tap or click on each robber that gradually appears somewhere. Kill the crowd as soon as possible before they shoot you. Be prepared to reload your rifle to avoid running out of bullets.

CONTROLS
– If you’re playing on your computer: use your mouse and click on all the robbers you see to shoot them.
– If you’re using a mobile device to play: tap on the appearing robbers to aim and shoot them.

It is one of several shooting games we offer.

How many robbers can you kill playing Shoot Robbers? Show us how good you are at action games. Play Now!