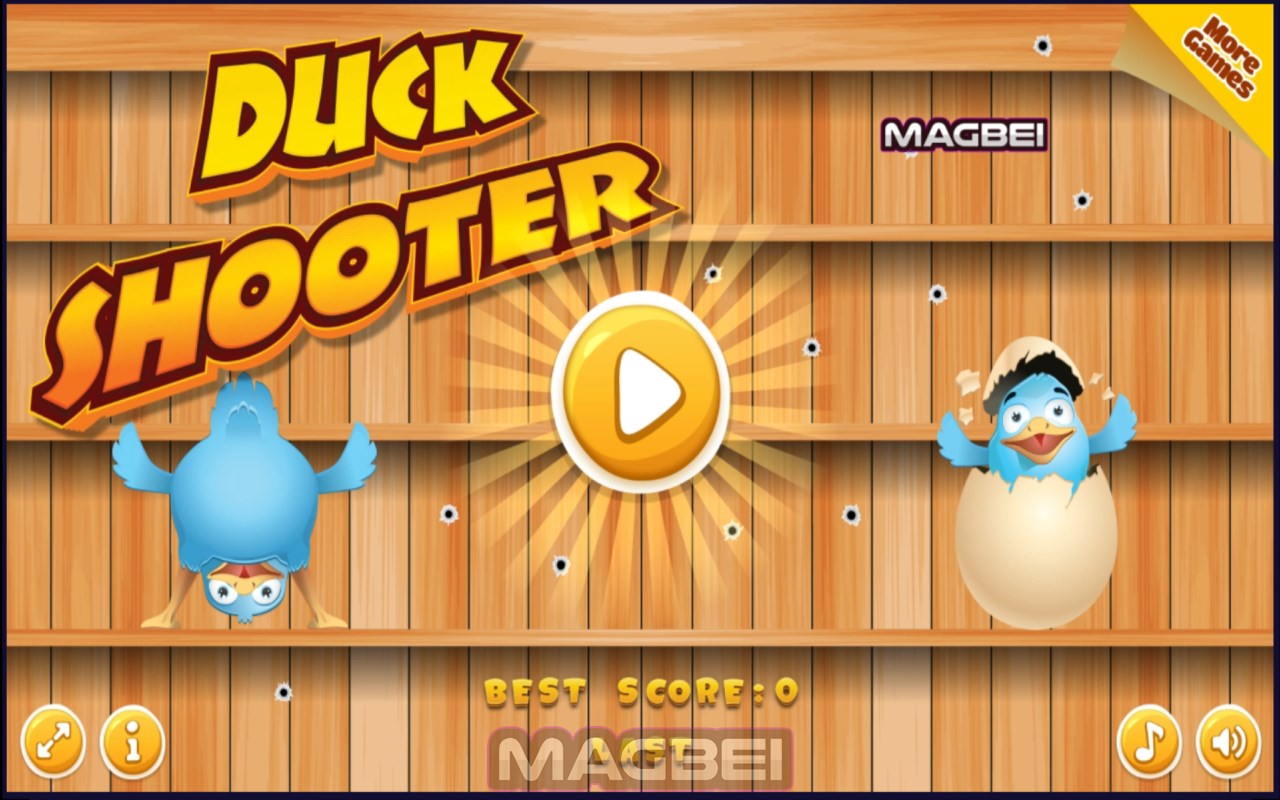 Duck Shooter is a fun endless shooting game which progressively speeds up as the score increases. Enjoy our duck shooter game now!

Duck Shooter is a very bright and colorful duck hunting game. It looks like a shooter from Luna Park. You have to shoot all the moving yellow ducks. Do not shoot the static red ducks. Score as many points as you can.

Here is one of our many hunting games to be enjoyed.

HOW TO PLAY?
Playing Duck Hunter is easy and fun. Shoot all the moving yellow ducks as fast as possible, but be careful not to hit the red and motionless ducks. The game ends after you hit three moving red ducks. Hitting a stationary duck ends the game.
The game also ends if there is too much time between shots.

CONTROLS
If you’re playing on a computer: move the mouse to aim at the duck, then click to shoot.
If you’re using a mobile device to play: point and shoot by tapping the duck you want to hit.

How many ducks can you hit in Duck Shooter? Show us how good you are at playing duck hunting games. Play Now!