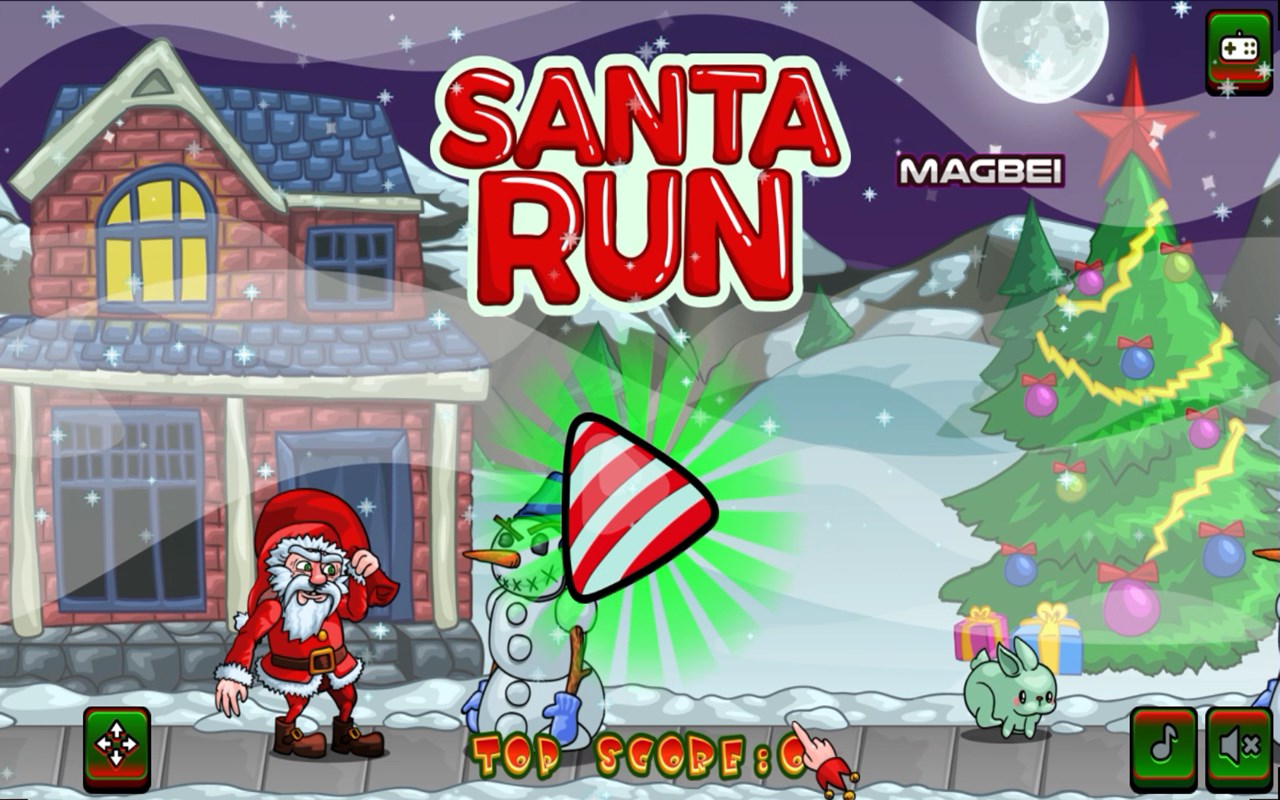 Santa Run is a Free Christmas Game! Santa Claus lost the gifts, help him to recover them from elves, evil deer, cookies and snowmen!

Santa Run is a very fun HTML5 Christmas game. However, it is also an infinite jump and run game.

Santa Run Game Plot
Santa Claus has lost all the presents he was supposed to deliver, and your task is to help him retrieve them all.
As Santa runs to find all the lost gift packages on the way, you must be careful to jump over the evil creatures or throw snowballs at them. Evil elves, reindeer, and cookies are lurking around, ready to stop him.

How many presents can you get Santa Claus to retrieve? How far can you carry him?

How to play Santa Run game?
Playing Santa Run is simple but challenging. As mentioned earlier, you have to help Santa recover all the gifts he lost. Whenever an enemy arrives, i.e. an evil Christmas creature, you can shoot or jump it. Also, you can help Santa hit enemies with his sack. Currently, it is not possible to use Santa Hat to do anything.

CONTROLS
– If you are using a computer: spacebar to shoot, up arrow key to jump (if you press it twice Santa will do a double jump), left arrow key for defeating the creature with his bag of presents.
– If you’re using a mobile device: use the virtual buttons that appear at the bottom of the game screen. Tap the left button to jump, instead of hitting with the sack or throwing snowballs use the right button.

Show us how good you are at playing shooting games and jumping games. Play now!